Not Quite the Oscars

Late in the summer of 2008, my entourage and I traveled to Westlake, Ohio to attend the Indie Gathering Film Festival. Part festival, part convention, part martial arts and stunt program, the Indie Gathering stood out from a few of the other film fests I had attended. It was well attended, had a variety of indie professionals and newbies, and offered some really good short and feature films and docs.

My buddy Panooch and I had written a family comedy script about a wayward young man who finds his calling and true love when he becomes an accidental animal trainer. MY TICKET HOME received the Top Star Award in the coveted Other Category. (It didn't fit anywhere else so the director created a new category and voila! we won.)

We met a lot of interesting people. When the hotel bar closed, we brought down our own supply and sat poolside holding court with about thirty people. As fun as the film festivals were, and I went to quite a few between 2006 and 2008, they just got to be too costly in the end with fees, travel expenses, and entertaining. 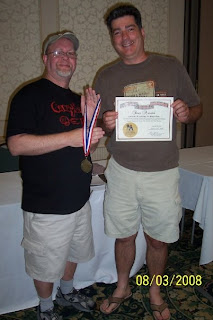 Me (with Panooch)and the award for winning script 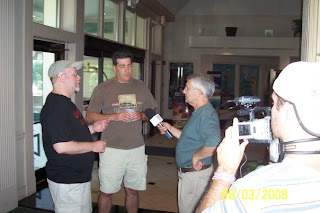 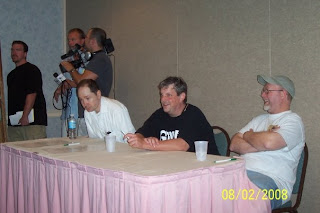 Serving on a panel about acting﻿
﻿
Posted by Jack Bates at 3:34 PM