The Sheriff of Sorrow 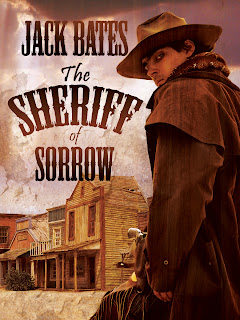 Looks like the first of the three part series has been released by Smashwords.

I must be a true pulp writer. In addition to the crime, science fiction, and horror I've had posted or published over the last five years, I can now add westerns.

The Sheriff of Sorrow series will tell the story of a greenhorn sheriff named Cal Haskell. Young Cal takes a job in an industrialized, northern Michigan town as a favor to a friend of his father's. On the first night he arrives in Sorrow, he becomes embroiled in old town politics and corruption as he watches the temporary sheriff get gunned down in the street by the son of a local industrialist. Money and history turn out to be two very obstinate obstacles for Cal. Many men might have ridden away but Cal feels obligated to help those who called him to their town.

You can download the readable copy now at http://www.smashwords.com/books/view/165336.