Fire at the Auto Show 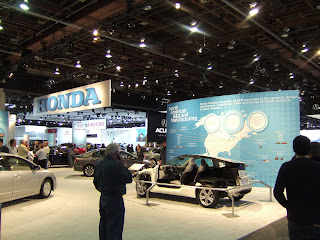 I should have known something was up by the squeaking of the People Mover as it inched along its track. I kept thinking of that episode of Seinfeld where Elaine gets stuck on the subway, although nothing like that happened. Even when we slowed to go through the Cobo tunnel we didn't come to a stop until we passed through it. All in all, Kegger and I rode an uneventful PM from Greektown Casino to Cobo. 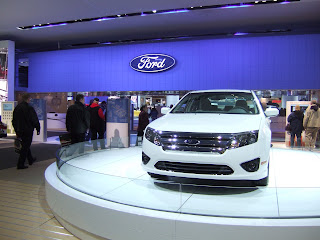 We had a two-for coupon for the day. So for twelve bucks, we thought the day was ours. We wound our way down from the station into the exhibit hall and got in line for tickets. While we waited, I noticed what I thought was a man pouring coffee into a recycle bin. It wasn't coffee, just coffee colored. The man was projectile vomiting into the recycle bin and not just a little bit. This was Mr. Creosote from Monty Python's Meaning of Life vomiting. As far as I could tell, I was the only one seeing this in a crowd of thousands.

I was about to say something to Kegger when it was our turn at the ticket window. We got our tickets, Vomit Man was gone, and we made our way to the entrance, commenting on how odd it was that the fire alarms were flashing. But we've lived through drills before and blew it off.

We headed for the Hyundai exhibit looking for Panooch's wife who is a spokesmodel for the company. We were hanging around looking at the cars when a distorted P.A. announcement came on telling us there was smoke in the building and we needed to move calmly to the doors to evacuate...once we got our hands stamped.

Turns out there was an electrical fire at the Audi display. Cobo was closed for about three hours. Kegger and I moved from the show to the Post Bar, which at that point was jammed. We had a beer each and then walked over to the Detroit Hard Rock where there were other Auto Show Fire wanderers sharing their tales. One guy had some really impressive video on his phone. I told him he should call the local stations and sell it. 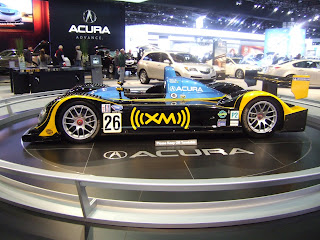 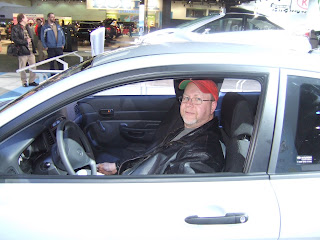