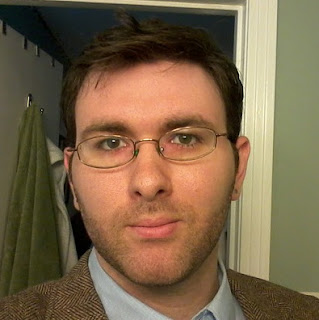 This week’s special guest is the author B. Nagel. He lives in Mississippi with his wife and daughter. He works in a library, loves cheese toast and writes magical realism, but also surrealism and sometimes simply Southern, which, in all honesty, can be a bit of both. His story, Interview with a Pram Driver, appears in the just released crime anthology, GRIMM TALES. These are stories based on nursery rhymes and bedtime stories.

HARD NOSED SLEUTH : I love interrogation scenes and cross examining moments in courtroom dramas. What drove you to take this slant with your adaptation?

BNAGEL: A lot of fairy tale stories already exist as crime fiction (Aladdin, Jack and the Beanstalk, The Tinderbox). And I saw a lot of opportunity for working inside these and others. But what really caught my attention was the opportunity to work outside of the narrative-proper, to look into the ramifications of Fey colliding with the mundane, to watch how the people left behind cope, or don't.

And what becomes of the nursemaid when a child is snatched by the elves, or the mother who wakes to find a stone-cold changeling in her bassinet? Naturally, the police are called in and they have questions which must be answered.

HNS: You mention you stepped away from the Brothers Grimm to find your story. Where did you get it?

BN: Before John put out the call for these criminal adaptations, I was already poring over the Grimm stories , trying to get under the skin of Rumpelstiltskin for a separate project. I wanted to step away from the marchen while staying within the realms of what we consider fairy tale.

Where I wound up was Peter Pan with some influence from the movie ‘Hook’ and a bit of ‘Law & Order: UK’ albeit with a late Victorian flair.

HNS: I ask this of all first time interviewees: When did you know you had to write?

BN: In middle school, one of my sister's friends asked me to write a story about whatever I wanted, anything at all. I didn't get down a single word. In college, I struggled to write five-page papers on topics I adored. But I've always written poetry, always loved the way a single word -that right word- can zap you out of your chair.

When did I know that I had to write? When I decided to get better at storytelling, because the only way to improve is to try.

Grimm Tales can be found at Untreed Reads.

REMINDER: Flash Jab Fiction Challenge #9: Blood on the Door is open for stories.

BLATANT SELF PROMOTION CORNER: Monkey See, Monkey Murder is now on the cyber shelves! Would really dig it if you read it and gave it a thumbs up review!
Posted by Jack Bates at 1:44 PM